Perhaps no terms has become more annoyingly over-used in recent years than “gaslighting”, but there’s no other word to describe George Monbiot’s recent article in the Guardian:

Earth is under threat, yet you would scarcely know it

…It declares in the headline, repeating one of the fundamental tenets of the Church of Climate Change – That no one talks about it.

Yes, no matter how many major corporations, government, newspapers, journalists, academics, movie stars, musicians, artists, royals, NGOs and TV channels saturate the public sphere with climate change propaganda, still they try and convince people they are in the minority and not taken seriously.

The standfirst is even more obnoxious:

Unlike most of the media, the Guardian resists political or commercial influence in order to keep the climate crisis front and centre

The idea the Guardian – the GCHQ paper of choice – has ever resisted either political or commercial influence is insulting to even the most casual reader’s intelligence.

Already two major strikes and we’re not even to the body of the text yet…and that’s mostly about why you should give the Guardian money.

To save you all some time: The planet is collapsing, we’re all gonna die, nobody but George is talking about it, and if you want to stop it you need to send the Guardian a fiver.

On September 22 (yes, last week not this week, but I didn’t see it then) New Zealand Prime Minister Jacinda Ardern addressed the UN. Her speech ranged over a number of topics.

Climate and the “next pandemic” were mentioned in an argument for global government:

The next pandemic will not be prevented by one country’s efforts but by all of ours. Climate action will only ever be as successful as the least committed country, as they pull down the ambition of the collective.

But more concerning were out calls for some kind of global censorship programme, mainly focused around the internet. She literally compared it the need to monitor nuclear weapons…

Traditional combat, espionage and the threat of nuclear weapons are now accompanied by cyber-attacks, prolific disinformation and manipulation of whole communities and societies.

As leaders, we have never treated the weapons of old in the same way as those that have emerged. And that’s understandable.

After all, a bullet takes a life. A bomb takes out a whole village. A lie online or from a podium does not.

But what if that lie, told repeatedly, and across many platforms, prompts, inspires, or motivates others to take up arms? To threaten the security of others. To turn a blind eye to atrocities, or worse, to become complicit in them. What then?

This is no longer a hypothetical. The weapons of war have changed, they are upon us and require the same level of action and activity that we put into the weapons of old.

You don’t need me to explain what she means by that. You can watch the entire speech below, or read a transcript here.

3.IMF to the rescue?

This week saw the pound crash against the dollar, in the wake of new PM Liz Truss’s “mini budget”. The plan to cut to-rate tax (among other things) was criticized by the IMF, throwing the country further into economic chaos.

Tellingly, no one is actually blaming the IMF for this, or suggesting they had no business publicly calling the UK government. Rather, it’s all Truss’s fault for her stupid plan.

The Guardian called the “rebuke” an “embarrassment”. The general tone of pretty much all the press coverage was IMF good, sovereignty bad.

It’s all a sign of the broader agenda. Liz Truss may well be a literal moron, she might be playing a part, but either way her job is to be comically incompetent. Furthering the degradation of the public office, whilst adding fuel to the globalist fire.

This economic “accident” will soon be used by academics and intellectuals to argue that in a world of interconnected economies, the financial risks posed by governments making their own financial policy are too great. That it’s not fair to the rest of the world that the British PM can put global prosperity at risk.

The solution, as it always is, will be some kind of global management of financial markets.

And don’t worry, here comes the International Monetary Fund – all cuddly and unelected and supranational – riding in to save the day.

BONUS: Foreboding news of the week

Payment platform PayPal are updating their terms and conditions, likely leading to a further crackdown on alternate media voices using the platform. According to Reclaim the Net’s report, the new Ts & Cs will specifically affect behaviors that…

“Involve the sending, posting, or publication of any messages, content, or materials that, in PayPal’s sole discretion, (a) are harmful, obscene, harassing, or objectionable … (e) depict, promote, or incite hatred or discrimination of protected groups or of individuals or groups based on protected characteristics (e.g. race, religion, gender or gender identity, sexual orientation, etc.) … (g) are fraudulent, promote misinformation … or (i) are otherwise unfit for publication.”

These new rules apply from November 1st, so it might be time to set up some alternatives if you can.

Not a huge amount of good news doing the rounds this week. 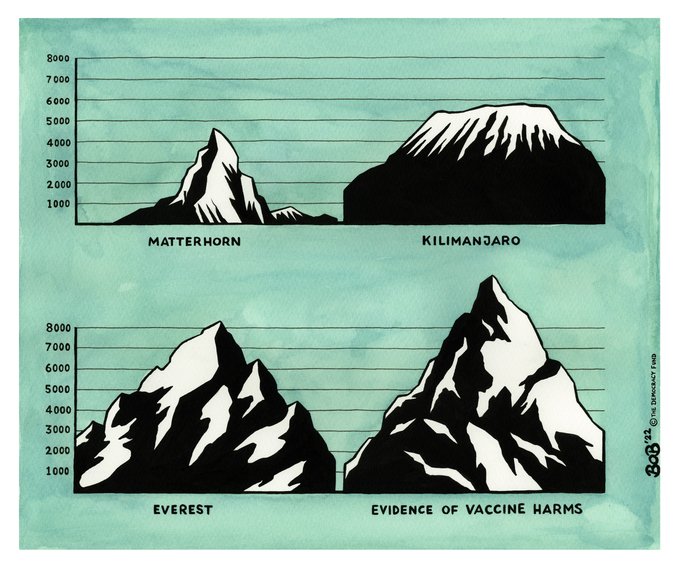 Hurricane season is always good fun for those of us who keep an eye out for media nonsense:

Wait for it… watch the guy at the back calmly walk to his car. pic.twitter.com/gmN66FWk33

Also, this made us laugh…

I actually can’t stop laughing at this. pic.twitter.com/7tWBNQsNOl

All told a pretty hectic week for the new normal crowd, and we didn’t even mention the ever-relentless pushing of eating-bugs.

Iraq: No Justice for Protester Deaths

The Future of Artificial Intelligence